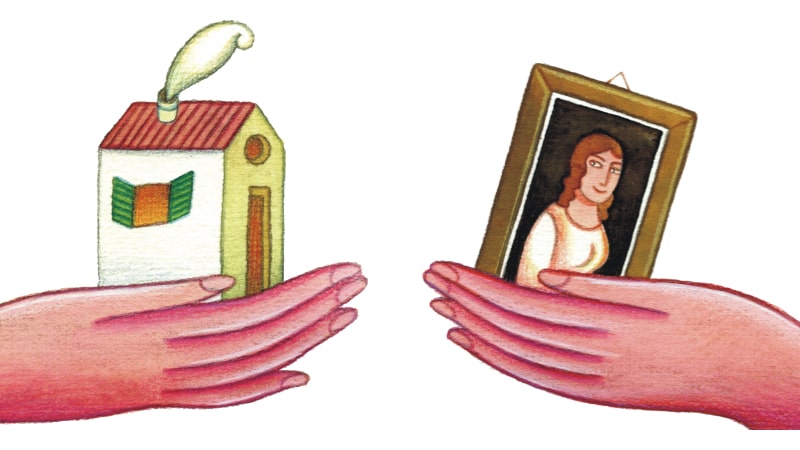 The global economic slowdown is indeed having a strong impact on the tourism industry. The demand, by world travellers and holiday-makers, for B&Bs and similarly small lodging organizations is in large increase, as a clear signal of a trend that is growingly leaning towards an informal, friendly and less expensive style of accommodation.

The Barter Week is the original initiative launched by the Italian group of www.bed-and-breakfast.it to promote such organizations. It will go on the third week of November and will involve a vast number of Italian B&Bs which have enthusiastically welcomed the idea.

Bartering is indeed still very common in the present, owing much of its renewed popularity to the advent of the Internet. The popularity of bartering websites has soared as consumers are looking to new methods of shopping to counter the effects of the credit crunch. Swap parties, that is private or public events in which people meet to exchange all sorts of goods and services, also have developed in the USA and are quickly spreading throughout other countries.

On the third week of November, in thousands of Italian B&Bs, you can barter goods and services for your stay. Such items as homemade marmalade or a DVD collection can be suitable examples of barterable goods. Alternatively, the provision of gardening or plumbing services, or even of music lessons, can be just as much welcomed by a B&B owner.

Options and possibilities are indeed infinite. All one has to do is to confidently make his or her own bartering offer while making sure that this is serious, respectful and original. The Barter Week does indeed promise to be a unique event. It will contribute to creating a big network of brand new relationships and friendships while giving every traveller the opportunity to experience and enjoy Italy and its people.

VillaVillaColle, first B&B to propose anti-crisis action: barter instead of cash
The B&B world continues to surprise us. Browsing the Internet in search of news and offers that may interest holidaymakers of the third millennium, we came across the proposal of such bed & breakfast "cubed", the 'b' of which "exponentiation" stands for the word BARTER.

Indeed we seem facing a pioneering example of an accommodation organization advancing an anti-crisis measure. In these times of economic slowdown, B&Bs indeed represent a convenient as well as genuine choice for those travelers who are not willing to sacrifice their holidays. The B&B in question is called VillaVillaColle (the double "villa" is not a typing mistake) and is located in Bosa, a Sardinian village of about 8,000 in the provincial district of Oristano. A week or weekend relaxing stay at VillaVillaColle does not require the payment of any sum, but a mere barter with its owners.

The area is one of the most amazing and fascinating in Sardinia. It is crossed by the cleanest Sardinian river and is at a short distance from the coast, featuring beautiful beaches and bays, and sea waters that have for years won the "5-seal" award of Legambiente, for their quality. Bosa is, with its charming medieval architecture, a major tourist attraction.

Ilaria, Alfredo and Elia are the owners of the B&B VillaVillaColle. Their house goes back to the seventeenth century, and lies at the feet of the Malaspina Castle. They are ceramists with a long experience in food and accommodation services.

That of a barter exchange is certainly a wonderful idea, a unique opportunity to enjoy a stay in a lovely room in the heart of a medieval village and few kilometres from an enchanting shore, including a healthy organic breakfast, too. And it seems even greater when you compare it with the social card and other scanty measures our government recently offered to help people out of the crisis.

The owners are willing to trade their hospitality for a variety of goods and services. Home-made marmalade can be a suitable exchange for a weekend stay, just as much as dvds of animated films, of which the little Elia is a big fan. Guests who boast expertise in informatics, hydraulics or electricals can contribute their skills in change for a night stay or breakfast. Each proposal is highly welcome as far as containing due elements of seriousness and respect, originality and sympathy.

What is the BARTER?

Bartering is a medium in which goods or services are directly exchanged for other goods and/or services without a common unit of exchange (without the use of money). It can be bilateral or multilateral, and usually exists parallel to monetary systems in most developed countries, though to a very limited extent. Barter usually replaces money as the method of exchange in times of monetary crisis, when the currency is unstable and devalued by hyperinflation. Bartering is still common in the present, usually used within the Internet on sites like Craigslist.

Contrary to popular conception, there is no evidence of a society or economy that relied primarily on barter. Instead, non-monetary societies operated largely along the principles of gift economics. When barter did in fact occur, it was usually between either complete strangers or would-be enemies.
While one-to-one bartering is practised between individuals and businesses on an informal basis, organized barter exchanges have developed to conduct third party bartering. The barter exchange operates as a broker and bank and each participating member has an account which is debited when purchases are made, and credited when sales are made. With the removal of one-to-one bartering, concerns over unequal exchanges are reduced.

Modern trade and barter has developed into a sophisticated tool to help businesses increase their efficiencies by monetizing their unused capacities and excess inventories. The worldwide organized barter exchange and trade industry has grown to an $8 billion a year industry and is used by thousands of businesses and individuals. The advent of the Internet and sophisticated relational database software programs has further advanced the barter industry's growth. Organized barter has grown throughout the world to the point now where virtually every country has a formalized barter and trade network of some kind. Complex business models based on the concept of barter are today possible since the advent of Web 2.0 technologies.
Bartering benefits companies and countries that see a mutual benefit in exchanging goods and services rather than cash, and it also enables those who are lacking hard currency to obtain goods and services. To make up for a lack of hard currency, Thailand's township, Amphoe Kut Chum, once issued its own local scrip called Bia Kut Chum: Bia is Thai for cowry shell, was once 1?6400 Baht, and is still current in metaphorical expressions. Running afoul of national currency laws, the community changed to barter coupons called Boon Kut Chum that bear a fixed value in baht, which they swap for goods and services within the community.