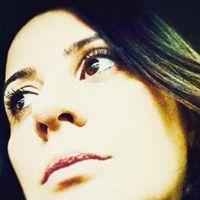 Location and style
Our hotel is placed at San Vito district of Taranto a stone's throw from the sea. "Albergo Lamanna" is a smart, welcoming venue.
Surroundings
Our guests will be able to enjoyable long walks in the many gardens and stunning surrounding countryside.
Nearby our guests will find sports and fitness centres for working out on holiday.
Location
Our property is the ideal location all families on the move will feel right at home here, for work and business trips, for a romantic holiday in a quiet, reserved setting, if you love the peace and quiet of nature, far from the bustle of the city.
Accommodation features
Our guests can take advantage of rooms with different bathroom options (private, en-suite, shared), free Wi-Fi, heating rooms, guests are free to return at any time of night, car park, a landscaped garden, kitchenette.

You may cancel your booking up to 0 days before the check-in date. In the case of failure to show or late cancellation, you will be charged a penalty of 100% of the total cost of the booking

Check-in from 11:30 AM to 12:30 PM
Check-out before 9:30 AM- If you're late you may be charged for an extra night
For a booking including breakfast, breakfast is served from 8:00 AM to 9:00 AM
Municipal tax is included in room rates
Fresh towels every 1 days
Fresh sheets every 3 days
Extra towel changes, if requested, cost €5.00
Extra sheet changes, if requested, cost €10.00
Rooms are cleaned every 1 days. To allow staff to clean, we recommend leaving the room at 9:00 AM
Final cleaning is included in the price
Extra room cleaning is available at a cost of €15.00
No meal preparation allowed in rooms
No guests allowed in rooms 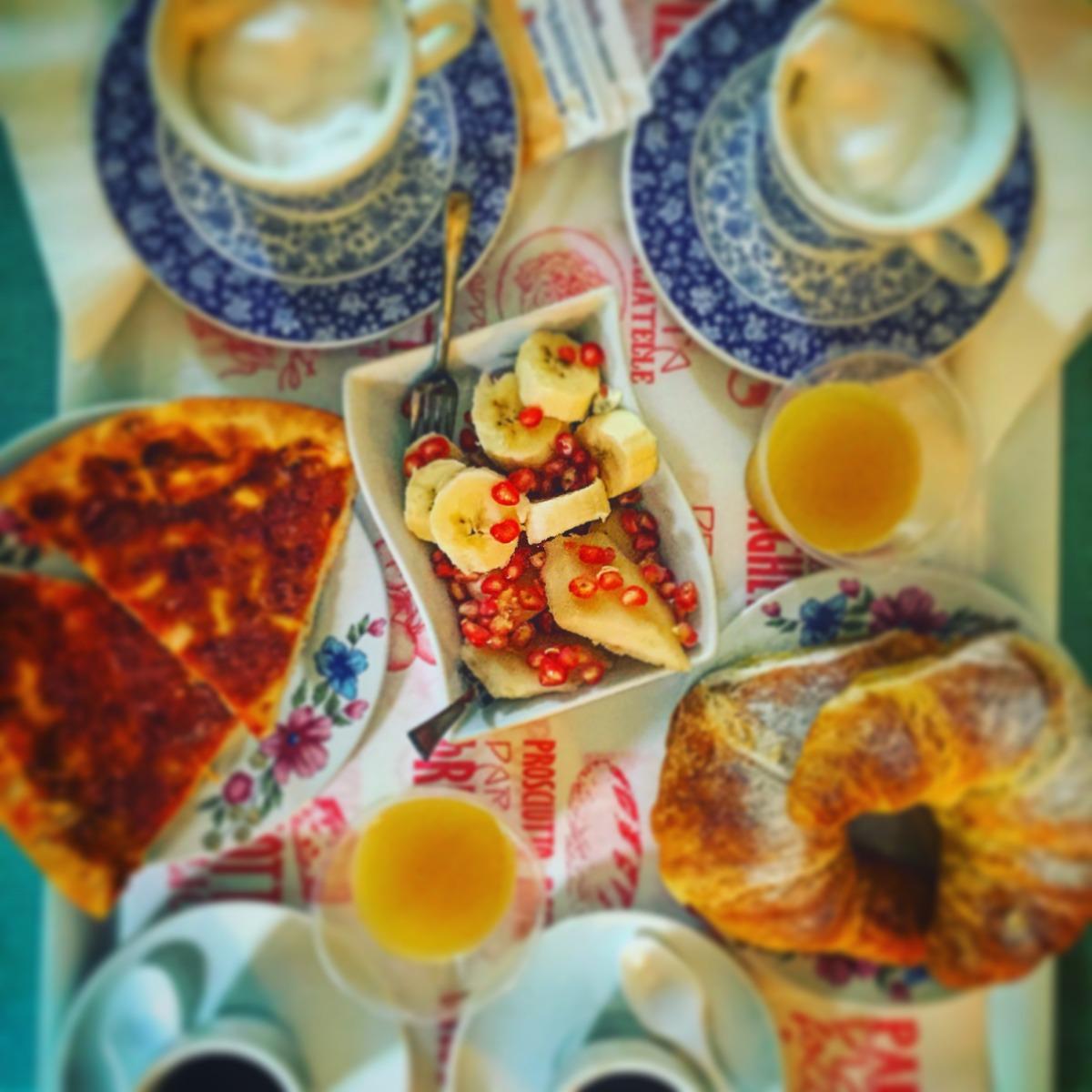 Our Italian breakfasts are served directly behind closed doors. Living awaken with the smell of coffee behind the door is your home and delight your palate with fresh fruit, yogurt, hot croissants, bread, juices, jams..always a different surprise.

Member since May 2007 | 63,419 hits
"His talent was as natural as the layout design of the dust on a butterfly's wings", Ernest Hemingway.

It always comes back a second time to Lamanna house. Because it is a bit 'like coming home, feel the smell of breakfast behind the door of the bedroom, dawn perceive the essence of the coffee that rocks above the cup, recognize the familiarity of a gesture, a kindness, a a gentle hand. It always comes back even a third time, and the journey takes place with your eyes closed, with the trust deposited in a memory I know of sharing, affinities. The talent of Irene Lamanna is in its continuous research, passionate and lively, of that warm and elegant detail, soft, friendly and inviting to return to the places where we feel protected. In places where the walls are banks, the mirrors are soul, the locks are silences. Irene, 39, is leading the B&B Albergo Lamanna in Taranto, in the district of San Vito, a peripheral township surrounded by the sea and its allurements. His talent, built with the minutia of time, and constancy in the pursuit, not only speak of hospitality. I am much more: care, commitment, insight, courage.

Irene Lamanna concludes his studies in Law and began to attend the Court of Taranto, but the rooms are not those that fate has furnished for her. In the 90's mother buys for her three children some apartments in via San Vito 10, an investment that will be for Irene key volta. E 'inherits this "family" that will allow it to build his fortune. The first gust of wind, the first window into her new life, is an intuition: to transform the houses into B & B, but most throw himself with his bare hands in an adventure that will change, which will change its structure of time. An adventure that will become work, personal growth, waivers, but above all unconditional love for a craft which engage without any reluctance. Irene puts into his project the early 2000s, and began the renovation of the three apartments with the support of brothers and mother. His father is no more, it has lost 14 years, but it is in the photographs, short stories, in the example, in the communicative ability to Irene, in his stubbornness. Gifts that are his talents, gifts that accompany it on its journey of continuous metamorphosis. Came the first customer and Irene is there, living in his B & B, welcoming guests, who called over the years, "my friends. " Dedicating to them every hour of her day, prepares the arrival buffet, guiding them to the discovery of Taranto, it remains with them at the end of the evening, and the next morning at 5. 30 is standing to set up the breakfast trays to be left behind the door of room. And 'sister, relative, friend, guardian of Irene stories. Tightens ties, his life merges with that of its foreign, relations with them become epidermal, it is mixed with other cultures. And 'curious Irene, any contamination of narratives is for her growth pattern. The road is the right one, he feels, and the first positive feedback, people who returns to find peace and smile even a year later, have the drive to continue.

Irene Lamanna was the first to open a B&B in Taranto. He has ridden the wave of brand Salento that was beginning to form, to have its own identity. A direct his burst of hot wind, also need to find another plot for a beautiful city that does not know love each other enough. He always felt the desire for redemption, of Taranto human conversion, never deny the path uphill. He attends tourism marketing courses, always pointing his wake at dawn. For each lesson you turn on a light, to every dispensation or book that reads, he prepares a new idea in his imagination. The images that come to life creates, furnishes the corners of his B&B choosing every joint in the fitting, as the rooms, the sets, caresses her with his talent. And in 2003 also it founded the Taranto Tourism Association, another son who pays attention, writes another page of his script, moved by the desire to create an entry gateway of an enchanted land and suggestive.

In 2007 it's time to jump even as an entrepreneur, and comprehensive, gradually, the purchase of the building that houses the B&B Hotel Lamanna. Aumentano so responsibilities, and also increases the courage. In 2013 boom in attendance, it sold out from May to September. Italian yes, but also Dutch, English, German, Russian, French. The work is all he stumbles are around the corner. But now Irene was weighted, as an entrepreneur and as donna. Le falls, in fact, will never arrive, despite climbing, contingencies, risks. Irene is not scared, because when you look, you'll recognize. It looks and that's exactly what we dreamed of becoming.

"The real talent is to have the answers even when there are no questions", Alessandro Baricco.

Our facility is located in the center of the district, 6 km from the center 50 m from the petty school students, 20 m from the bus to the city, 2 Km from the most important Naval base in Italy 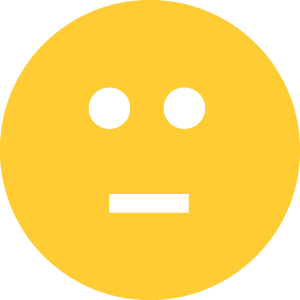 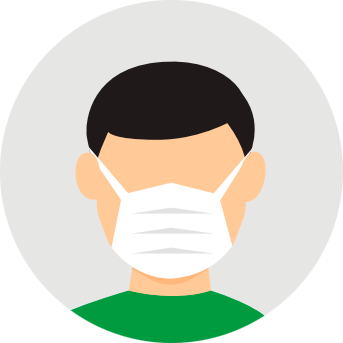 You must wear a mask in all common areas

If you suspect you have Covid-19 related symptoms, do not leave your room, and notify the Manager immediately

The Manager is authorised to check body temperatures, and can withhold access in the event of a temperature reading greater than 37.5Ã‚Â°C

If you have a fever or flu-like symptoms, notify the Staff immediately

Avoid congregating in the common areas

Wash your hands often with soap and water for at least 20 seconds, or disinfect them with alcohol-based gel

Place laundry in the bags provided and close them before leaving

Open the windows to ventilate the room before leaving

Breakfast will be served in the room

We recommend the use of disposable gloves in the common areas

Please don't stop or wait in the common areas