The five smartly furnished rooms, each one equipped with private bathroom, air conditioning, TV 32' LCD, FREE WI-FI, overlook the pleasant Maremmas landscape
Our guests also have at their disposal an outdoor flowered garden.

A quiet and welcoming place to stop for your holidays in heart of Maremma Toscana and to visit Pitigliano, the splendid tufa rock city.

PITIGLIANO
Pitigliano stands on a big mass of tufa. All the surrounding area is featured by the Monuments and the Ruins of Ancient Civilisations: Etruscan, Roman, of the Middle Ages and of the Renaissance, set in an incomparable landscape.

Pitigliano is its synthesis, in the eyes of who first discovers it.

It displays wonderful landmarks, such as: the mysterious Hollow Ways (Etruscan), the Orsini Palace, residence of the family until the domination of Medici (see the Medicean aqueduct).

Nearby the Etruscan necropolis of Poggio Buco (Statonia).

The inner plan of the town is very evocative with its Medieval alleys.

Sovana
With its Etruscan necropolis, its Romanesque Cathedral of XI century and the church of Santa Maria of XII century, Sovana gave birth to a great Pope: Gregorio VII.

Sorano
Inhabited since the Bronze Age, Sorano became an Etruscan stronghold. The name derives from an Etruscan divinity. After several ups and downs Sorano passes, in 1293, under the Orsini family and, in 1608 joins the Granducato di Toscana.

Saturnia
Numerous sulphureous bubbles give life to a small steaming crater. Water springs at a rhythm of about 1 cube metre per second, at a temperature of 37Â°-38Â° C. In proximity to the hot springs swimming pools have been digged. The mineral waters of Saturnia are useful for baths, inhalations and mud-baths. These waters find countless chances to be employed for medical - aesthetical treatments.

It is important to get to know the wonders of Mount Argentario and of Lake Bolsena in the surroundings.
BREAKFAST NOT AVAILABLE.
Rooms and Rates
Conditions
';

You may cancel your booking up to 6 days before the check-in date. In the case of failure to show or late cancellation, the deposit or advance payment will not be refunded

Check-in from 3:00 PM to 6:30 PM
Check-out before 11:00 AM
For a booking including breakfast, breakfast is served from 8:30 AM to 10:00 AM
Municipal tax of €1.00 per person per night is applicable. Children aged under 14 do not pay municipal tax
Fresh towels every 2 days
Fresh sheets every 7 days
Extra towel changes, if requested, cost €2.00
Extra sheet changes, if requested, cost €5.00
Rooms are cleaned every 1 days. To allow staff to clean, we recommend leaving the room at 10:00 AM
Final cleaning is included in the price
Extra room cleaning is available at a cost of €0.00
No meal preparation allowed in rooms
No guests allowed in rooms

Features All Features
Number of rooms with own bathroom inside the room (ensuite):
5
Declared by the Innkeeper 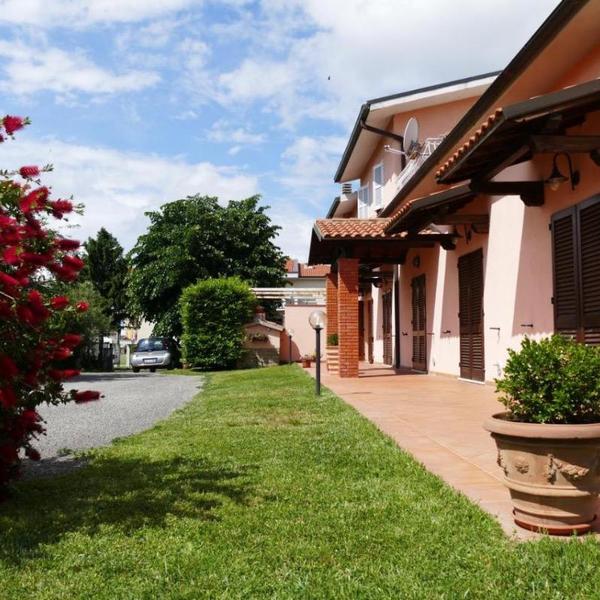 Write to Gianluca if you need to contact the host for more information or special requests.
My calendar is updated
Response time: within a few hours
Excellent