In the seventeenth century, the central nucleus of the residence was a small convent lived by a community of monks, devoted to a type of simple and rural life. It is demonstration of it the rising Saint Rosalia, situated in the part more declives of the fund, with the function to irrigate the garden and to water the livestock. When the community of the monks faded away, took the possession of the area a group of soldiers, which transformed it in a garrison; an evidence of it is the “garitta” sets to the entry. On ending of the nineteenth century, the whole ownership passed in the hands of a noble Nicosia’s family, which used it actually to the sixties as estate of hunting and abode of summer vacation. Accurately restored by the actual owners, the farm house preserves in every stone of it all the peculiarities of agricultural residence, strengthened and noble.

The desire of a rediscovery of the tradition with the pleasure to return to the distant tastes of infancy, to the dishes prepared with care in the respect of rules and in demand times, belong to our typical Sicilian kitchen, rich of aromas, tastes, contrasts and imagination.

We have: single, double and triple rooms for a total of 15 bed places with accessibility to the otherwise skilled. They are also to your disposition alcoves rooms, ex abodes of the monks, whose walls are frescoed with painted of the nineteenth century. The Sicilian furnishing, of the first ones of the twentieth century, simple, sober but at the same time taken care in the least details will make even more pleasant your overnight stay. Free Wi-Fi connection. You will have the possibility to bring with you your animals of small ransom. We have available open air areas equipped for camping and a park for children.

The farmhouse offers the possibility to realize receptions, conferences, shows of art and concerts. The area devoted to the country museum and the tasting of typical products will accompany us to the rediscovery of our ancient traditions. You will be able to effect excursions on foot and mountain-bike and to participate in the agricultural activities of the farm. Its central position allows to reach the greatest neighboring artistic-cultural centers easily as the castle of Lombardy with Norman origin, the tower of Fred II of Svevia, the Enna’s Cathedral, the mosaics of “Villa Romana del Casale”, the archaeological zone of Morgantina, the castle of Sperlinga dug entirely in the rock, Caltagirone with its famous ceramics of author… and so many others small places and less known adjacent towns, which always hide some artistic jewel.

The Agricultural firm, totally in biological regime it has a general surface of it Has 24, divided in terrestrial seminativis, wooded, uliveti and ortivi.

The uliveto, that surrounds the firm with his variety of present cultivar (Giarraffa, Round Iblea, Moorish and Nocellara of the Etna) they allow the production of extravergine biological oil, green olives in brine and olives black batches. 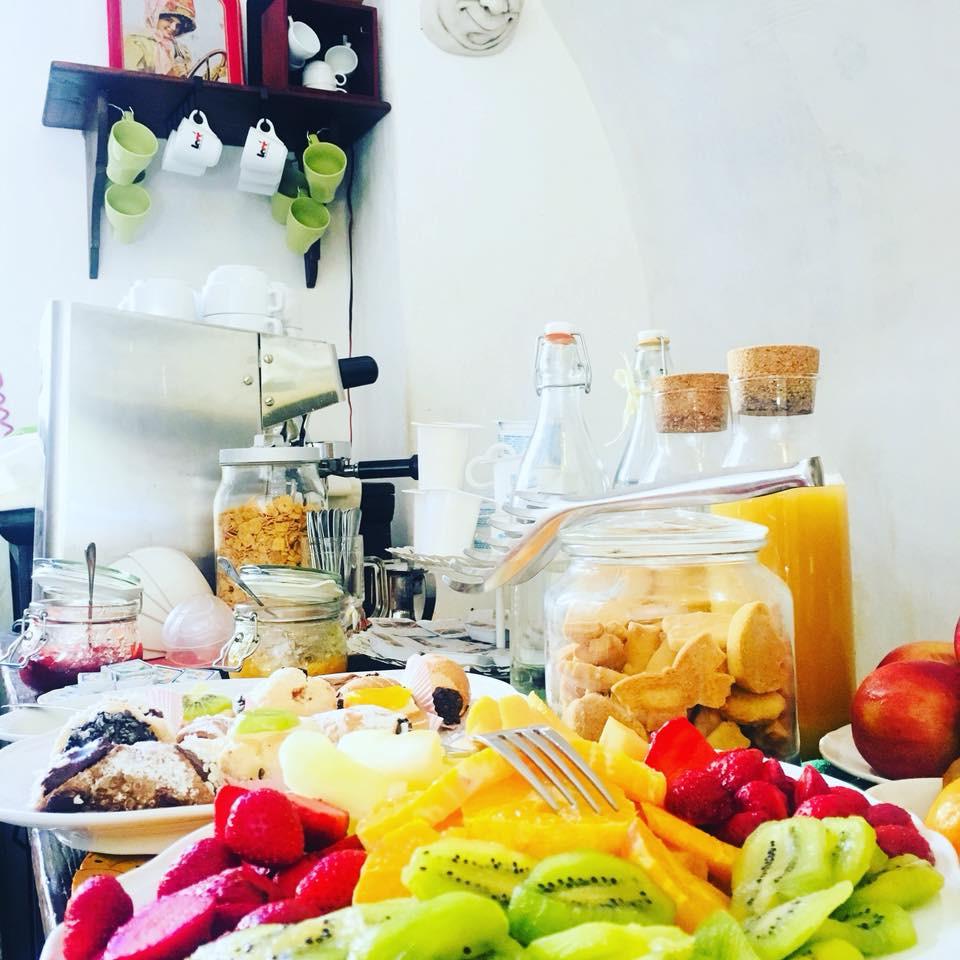 You may cancel your booking up to 7 days before the check-in date. In the case of failure to show or late cancellation, you will be charged for one night’s stay

Balance to be paid at check-out
For non-refundable discounted rates, when the facility requires it, the guest must pay in advance as indicated to complete the booking. Payment is not refunded in the event of a cancellation.

Check-in from 2:00 PM to 8:00 PM
Check-out before 10:30 AM
For a booking including breakfast, breakfast is served from 8:00 AM to 10:00 AM
No municipal tax will be charged
Only first linen change is provided
Extra towel changes, if requested, cost €0.00
Extra sheet changes, if requested, cost €0.00
Rooms are cleaned every 2 days. To allow staff to clean, we recommend leaving the room at 9:30 AM
Final cleaning is included in the price
Extra room cleaning is available at a cost of €0.00
No meal preparation allowed in rooms
No guests allowed in rooms

Features All Features Condizioni animali
Number of rooms with own bathroom inside the room (ensuite):
6
Declared by the Innkeeper

Pets of small size by prior agreement with the host
Well-behaved, not aggressive or noisy; with pet passport; pets may not sleep on beds; pets are not allowed in communal spaces
Garden available
A one-time additional cost of 20 € for final cleaning
Contact
from 75 € 1 night / 2 guests
Select rooms
Select rooms to get the cheapest price 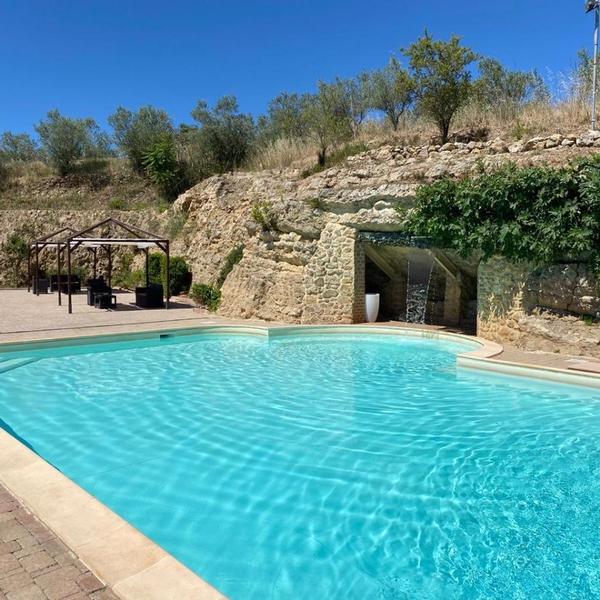 Write to Maria Grazia if you need to contact the host for more information or special requests.
Response time: within a day
Very good leonie
Property: 10 | Cleaning: 10 | Host: 10 | Location: 10 | Price/Quality: 8 | Breakfast: 8
We arrived very late to the Pergusa area after a long travel day, it was pitch black, we had limited Italian and we were lost and needless to say-frazzled our Host came to our rescue in a big jeep and gave us a personal escort up to the Baglio, hurrah! After a midnight swim amongst the olive groves to the sound of cicadas and scent of rosemary, all was well with the world. To sleep in a peaceful, ancient room and wake to the amazing view of rolling hills and cowbells jingling was pure bliss. Mille gracie for saving us!
stayed from 08/13/2018 to 08/14/2018

michel
Property: 10 | Cleaning: 9 | Host: 9 | Location: 9 | Price/Quality: 9 | Breakfast: 9
The site is spectacular. The room 'con alcovè is in fact a large suite really worth the price. Don't hesitate to have dinner there, a good homely meal, and you may have to travel a bit to find a restaurant in the area. The staff was very nice to us. The only problem is the difficulty to find the location, especially the entrance on the main road at Km 7.
stayed from 04/15/2015 to 04/17/2015 How to reach “Baglio Pollicarini”.

From the motorway A19 leaving it at Enna exit and following the indications for "Pergusa", you will continue to drive in the SS 561, cross Pergusa Village and go to the direction of the town of Piazza Armerina, on your left take "Pollicarini street" (Regia Trazzera Enna/Piazza Armerina/Mirabella Imbaccari) continue for about 200 mt and you will arrive to Baglio Pollicarini.