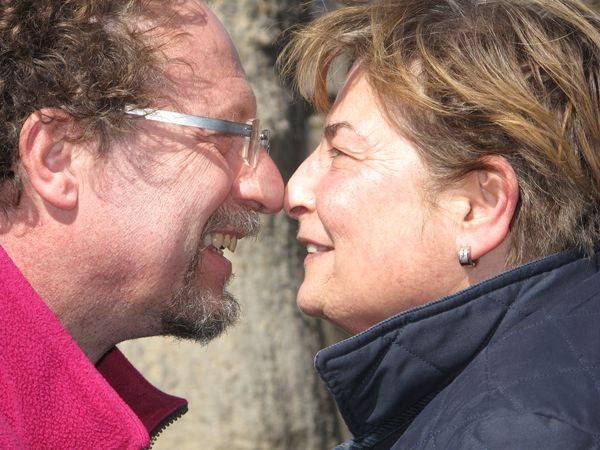 We are direcly connected with the town centre, but at the same time your accommodation will be in the attic of our family cottage, in a green and quiet residential area, very close to Bussero town center, with parking facilities. You can easily walk to the town restourants and take-away, all located within 100-400 m (110 to 440 yards).

We have two nice and large rooms at the first foor, with bathroom/shower for guests own use, plus the Olive suite, a mini apartment on the first floor of our house and overlooking the garden. It consists of a room with two beds, a bathroom with shower and a living room with kitchen and queen size sofa bed.

We speak English and French fluently.

For years we have had friends and guests in our house and now, running a B&B, we like to have new ones with us.

At the same time we are able to guarantee your independence and privacy in a warm but respectful style, as we use to do in Milan! 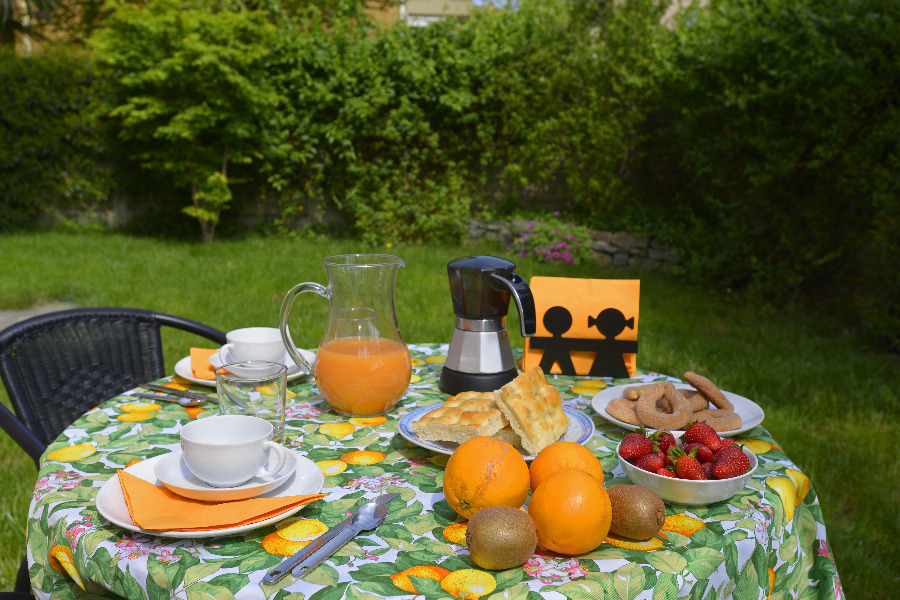 We will ask you to agree a time for breakfast, to serve you as best. We normally serve Italian breakfast (sweet stuff - no meat, but includes milk and dairy products). Let us know if you have special preferences (full breakfast, vegetarian, vegan) or specific problems (allergies, intolerances).

What we offer is a true B&B in a real family home in the metropolitan area of Milan, connected to the city with the metro underground train. Using the metro you can also reach the EXPO 2015 site.
We are direcly connected with the town centre, but at the same time your accommodation will be, in a green and quiet residential area, with parking facilities. You can easily walk to the local area restourants and take-away, all located within 100-400 m (110 to 440 yards).

PUBLIC TRANSPORTATION, CONNECTIONS TO AIRPORTS, RAILWAYS AND MOTORWAYS
Bussero, which is one of the stations of MM2 metro in Milan (green line), is also in a strategic position to reach both highways (A4 Milan-Venice, East and West ring roads) and airports, especially Linate (LIN) and Orio al Serio (BGY).

REACH ANY KEY POINT IN MILANO IN A SHORT TIME
The MM2-green Milano metrÃ² line connects you directly to all the railway stations in town and to the train/bus-shuttles to the airports. You can also reach effortlessy all the key areas in Milano: Fiera Milano City and Fiera Milano exhibitions sites, Salone del Mobile exhibition and districts of the Fuorisalone in town, shopping areas, Navigli canals and Corso Como nightlife areas. Changing to MM1 line you can reach the Duomo, the historic city center (30 min) and then...all the town and city.

EXPO 2015 - INSIDE ITS SPIRIT AND CONNECTED VIA METRO
Using metro you can reach the EXPO site in 60 min. And this access time is in media with most of the areas of Milano town.
Our own area has also a solid tradition in agricolture, farming and dairy production. Including Gorgonzola cheese, which is claimed by the residents to have originated in Gorgonzola in 879, at 2 km from us (and 2 metro stops). Some farmhouses sell their products directly to the consumer, also here in town, and there are Farmers' markets nearby. Organic food production has also an important part. That is why we are already naturally within the spirit of Expo 2015 Milan - Feeding the Planet, Energy for Life.

WORK-BUSINESS AREAS AROUND
In addition, we are at 6-minute drive from STMicroelectronics, Centro Direzionale Colleoni in Agrate Brianza, Pessano con Bornago, Cernusco sul Naviglio, Gorgonzola. You can also reach Cernusco and Gorgonzola directly via metro train.

MONZA MOTORDROME - FORMULA 1
We are also 17 km from the Monza motordrome, with its FORMULA 1 GRAN PREMIO D'ITALIA and other car and motorcycle races and events.

A QUITE GREEN AREA, BUT ALSO PART OF MILANO TOWN
Bussero is located along the Martesana canal: you can reach Milan with a scenic bicycle path along the waterway through beautiful small towns and parks.
Leonardi da Vinci contributed to design parts of this canal in Milano, and somebody claims also in this area. Talking about Leonardo, in Milano city you can see his unique "The Last Supper" mural painting (Ultima Cena), that you can reach directly from Bussero with the MM2 metro rail. With the same train you can reach MUST, the National Museom of Science and Technology, hosting 130 unique real models of Leonardo's incredible machines, and many other exhibits.
In short, we are part of the large metropolitan city of Milan, but at the same time we are surrounded by green and rural areas.