(6 reviews)
map
Via C. Pavese, 7 - Condofuri (RC) - Area: seaside
+39
+39
+39
Codice identificativo: B00152
Guests in this venue liked:
Description Breakfast Video
Villa dipped in the green in a relaxant atmosphere. A vacation to Villa Victoria allows to enjoy a beach still incontaminata, of a clean and blue sea, from which it tos be distant approximately 250 meters and of the natural beauties of the valley of the distant Amendolea only little kilometers. The mild climate, the cultural routes tourist of the grecanica area (Gallicianò, Bova, Locri, Gerace) the traditional gastronomia, the typical hospitality of the Greeks of Calabria makes of Villa Victoria an ideal structure for being able to pass one vacation to the standard of the tranquillity and the good kitchen. The villa arranges to the advanced plan of a double room, a single one, a bath, one knows it first breakfast with tv and angle baking very equipped, one wide veranda-solarium with I point out on the sea. To the downstairs a double room, a bath is found, one knows it first breakfast with fireplace and tv. A fresh garden encircles the villa. In the heart of the calabrian grecanità, to the slopes of the mount Hulls it rises Condofuri, center of the Common and first city, rich nucleus of uliveti and citrus groves, with the exposed rooms in sunlight and the narrow lanes that meet all back the public square “the Agorà”. The greater interest for the visitor however is the two fractions of Condofuri Marina, Gallicianò and Amendolea. In order to arrive to Gallicianò” the more Greek country of Italy “, defined “the Acropoli of the Magna Greece” it is crossed “dromo” covered from curves and strapiombi. It is arrived to the first poor cardboard houses “vucita”, and endured after some kilometer it is reached, Gallicianò that appears suddenly. To Gallicianò one speaks to the Greek the uses perfectly and the customs are directly sons of an ancient Greek culture that predominated this zone of the Calabria. All it is not Greek to Gallicianò, pregevole statue of XVI the Sec. and two christening fonts of 1508 and 1683 are the church with one. The Amendolea fraction, anch'essa culturally Greek, is found in extraordinary position and guards a medioevale atmosphere with a castle normanno that conserve the merlati massive walls and the churches of the Announced one, of saint Caterina and San Sebastiano, all of origin bizantina. To 13 km from the nucleus they centers rises Condofuri Marina, laughing center carefullied lay down on the sea, been born around to years '50. 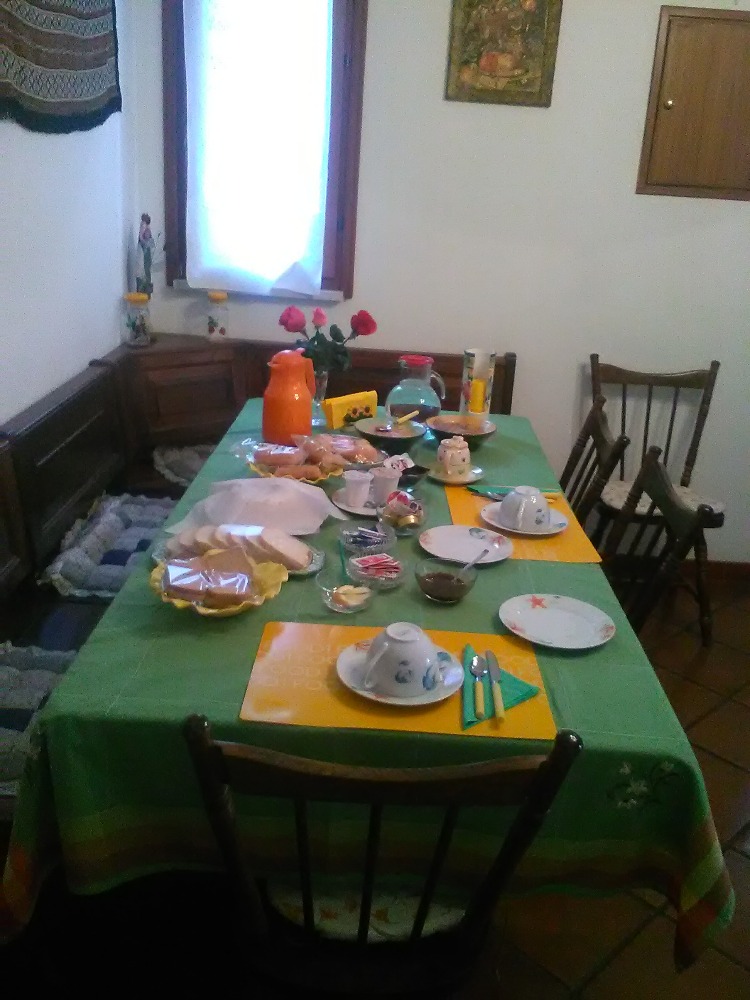 Breakfast is served on the ground floor of the villa or in the garden.

Depending on the nationality of the guests, a different breakfast is possible.

On request, thanks to the hob on the second floor of the b & b, you can have a breakfast to be managed independently.

In this last case it is good to make arrangements with the manager at the time of booking.
Rooms and Rates
Conditions
';

You may cancel your booking up to 10 days before the check-in date. In the case of failure to show or late cancellation, the deposit or advance payment will not be refunded

Check-in from 4:00 PM to 10:00 PM
Check-out before 10:00 AM
For a booking including breakfast, breakfast is served from 8:00 AM to 9:00 AM
No municipal tax will be charged
Fresh towels every 3 days
Fresh sheets every 5 days
Rooms are cleaned every 3 days. To allow staff to clean, we recommend leaving the room at 9:30 AM
Final cleaning is included in the price
No meal preparation allowed in rooms
No guests allowed in rooms

Pets of small size by prior agreement with the host
Well-behaved, not aggressive or noisy; kept on a leash; with pet passport; pets may not sleep on beds; pets may not be left alone at the facility; pets should be with owners at all times
Garden available
Contact
from 60 € 1 night / 2 guests
Select rooms
Select rooms to get the cheapest price 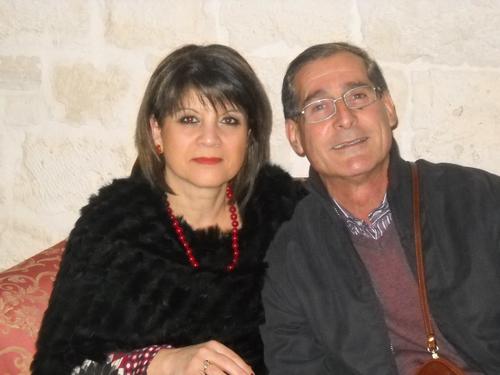 Write to Vittoria if you need to contact the host for more information or special requests.
Response rate: High
Response time: within a few hours
Excellent Hey, I'm Vittoria
Member since January 2007 | 31,858 hits
Response time
within a few hours
Response rate
High
We are a nice married couple, we are called Vittoria and Alfredo.

Together we manage our B&B trying to make guests feel at home.

Hospitality, friendliness are our main characteristics.

Vittoria is a teacher of Italian and History, Alfredo already savoring his well-deserved retirement.

We have three sons and the biggest of them gave us two grandchildren.

All, unfortunately, live far from us.

the management of the B&B fills, in some way, their lack and allows us to meet many interesting people.

BY CAR - After the A1 to Reggio Calabria continue on the S106 Taranto direction for approximately 35 km. Having entered Condofuri along Via Marina Peripoli and exceeded TAMOIL turn to the first street on your right (Via C. Pavese No. 7).